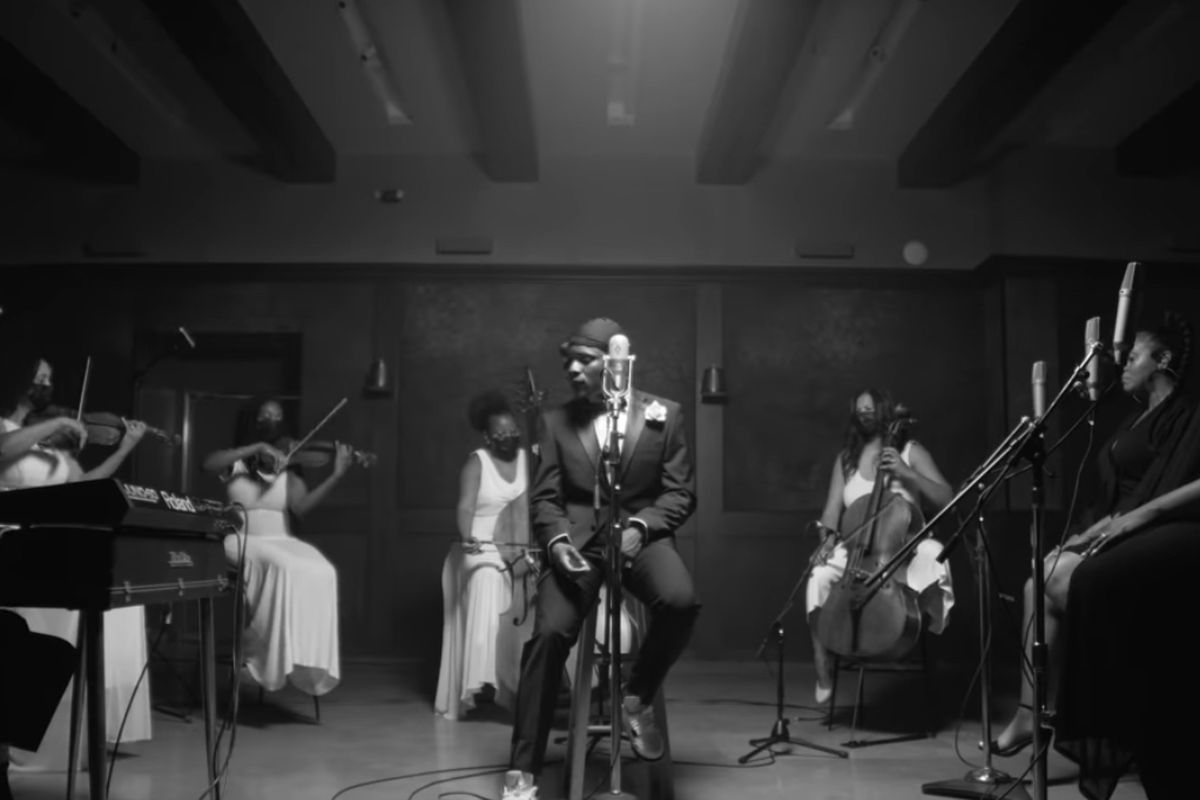 IDK offers his own spin on “Frontin’” by Pharrell

When this month first began, IDK decided that it was time to show off his versatility. How did he do that? By essentially choosing to create his own spin on two most popular tracks of today: “Back In Blood” by Pooh Shiesty and “Gravity” by Brent Faiyaz and DJ Dahi. Now, he is busy showing off his range and his brand new offering places his amazing vocals front in center, while he goes on to cover the popular hit “Frontin’.” Wearing a tailored suit and du-rag, while he is backed by a beautiful orchestra, he delivers the renowned opening verse of Pharrell and hook.

After the aforementioned covers, IDK decided to also release his own brand new cut called “Just Like Martin.” A month ago, the Maryland rapper also made an announcement about his monthly radio series with Apple Music and he released his Apple Music 1 show Radio Clue. This is a monthly series of one hour that hopes to establish an environment where music exposure is linked to particular memories. His primary goal is to assist listeners so they find their identity using music education without turning to either lectures or providing answers. Moreover, he debuted a few exclusive tracks and played some hidden gems that a lot of people will be hearing for the first time ever. In another news, he also announced that he would be creating No Label Academy, which is a music business course capable of revolutionizing creative education.

Go look at IDK’s latest performance “Frontin” by clicking on the link below.