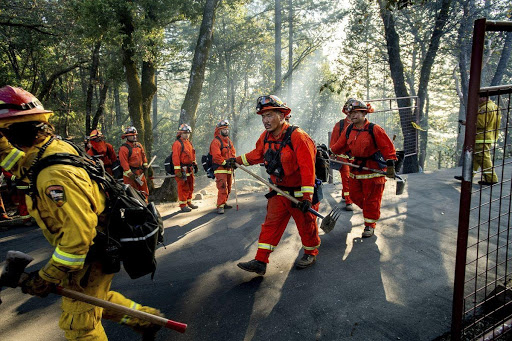 On Friday, the Governor of California Gavin Newsom signed a bill which will enable inmates to work as firefighters upon their release from the prison. He shared the news via Twitter.

“CA’s inmate firefighter program is decades-old and has long needed reform,” Gov. Newsom tweeted. “Inmates who have stood on the frontlines, battling historic fires should not be denied the right to later become a professional firefighter. Today, I signed #AB2147 that will fix that.”

The new law is believed to fasten the process of remove felony records of volunteer firefighters who were previously incarcerated. Former inmates can now easily acquire an emergency medical technician certification, which in the majority states and cities, is the first step that must be undertaken to become a firefighter.

For many years, incarcerated individuals have worked in tandem with firefighters to deal with the wildfires in California. However, although they put their lives at risks for merely $1 every hour, they were still prohibited from pursuing it after their release from the prison.

“I think that after seeing all these young men and women stand side by side with our other fire crews and knowing that they had no hope of entering that profession, I knew that it was wrong and that we needed to do something about it,” Assembly member Eloise Reyes, the author of the bill, said.

“I am definitely pleased that the bill passed and I think that it is a great step in the right direction,” said Brandon Smith, executive director of the Forestry and Fire Recruitment Program. Interestingly, Smith was also an inmate at one point, who also served as a firefighter. The Forestry and Fire Recruitment Program is a non-profit entity, with the primary objective of assisting former inmates with employment upon release.

Reportedly, there are close to 37,000 incarcerated individuals who are partaking in the inmate firefighting program. Among them, 2,600 are eligible to work fire lines.