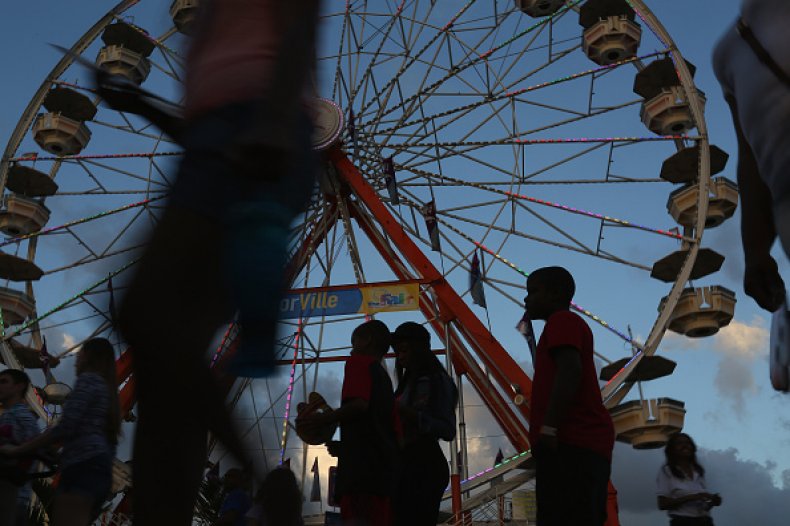 A Ferris wheel operator hit a black woman and was beaten by the angry crowd who witnessed the incident.

The Black woman and her children visited the Opa Locka Hialeah Flea Market in Miami, Florida, on Saturday (April 17). After the ride, she got into a dispute with the employee, which late turned into physical fight moments later.

The footage of the terrible event clearly shows that the market worker suddenly tries to put her hand on the woman and pushes her, due to which woman loses her balance and bumps into her own child, who falls to the ground.

Both the black woman and the market worker start throwing punches at each other during the clash, prompting off-duty cops to investigate the “escalating disturbance.” People on the scene who are witnesses to the incident hop over the fence to assist the black woman before backup arrives. The police eventually arrive in response to the full-fledged brawl.

Officials were able to locate and recognize the female from the video. Authorities concluded from the interview that there was “probable cause” to arrest the Ferris wheel employee, condemning the overall incident.

CBS Miami police released a statement, “Our detectives have interviewed and secured a written statement from the victim and probable cause exists to arrest the carnival employee depicted in the video,” According to the police’s public statement, it has become clear that the Opa-Locka Department does not tolerate criminal acts of violence, and the maximum penalty would be imposed to the fullest degree.

This Monday morning (April 19), it was unclear whether the Ferris wheel operator who also got in to quarrel with his coworker has been detained in connection with the incident. Although charges have not yet been laid, the authorities neglected to state if the suspect faces any charges.

Check out the tweet below to see the video of the fight between the Black mother and the Ferris wheel employee.