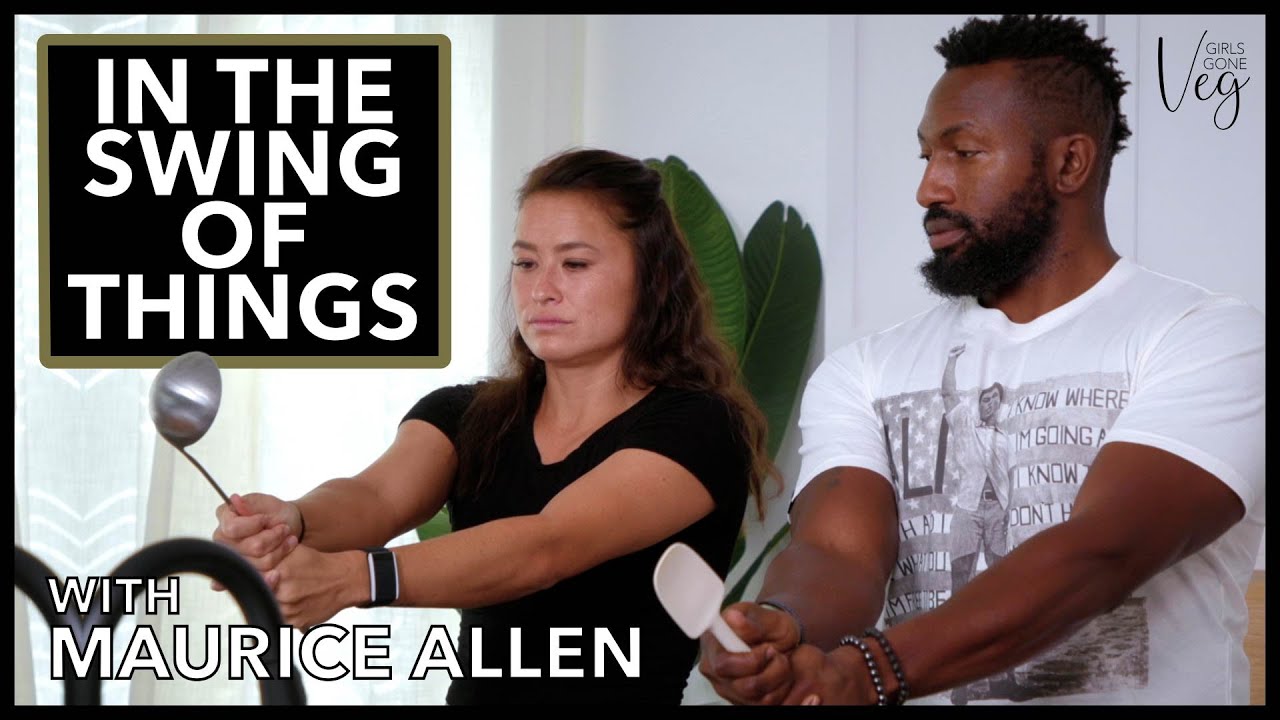 In The Swing Of Things: Girls Gone Veg with Maurice Allen | I AM ATHLETE

Soccer Stars Toni Pressley and Ali Riley are back with a new episode of their cooking series- Girls Gone Veg and recruit some help from a fellow Orlando athlete.

Golf’s Long Drive Champion, Maurice Allen, takes a swing at making Heart Of Palms, a vegan version of crab cakes with Toni and Ali. Slicing and dicing, the recipe comes together rather quickly while the trio’s comedic personalities blend together for a fun and entertaining episode. While the ladies teach him a thing or two in the kitchen, Maurice trades recipes giving them the secret ingredients behind his golf swing. Breaking down the art of a strong swing- Ali picks up some pointers for the course while Toni volunteers to drive the cart and carry the clubs!

An Orlando native, Maurice is a fan of the ladies’ soccer team as well as a dynamic athlete himself dabbling with a lot of different sports over the years. From Track and Field to Bobsledding to hitting golf balls over Niagara Falls- his sense of adventure has taken him all over the world for sports but he used the the pandemic to take advantage of the time home learning how to cook more on his own. A philanthropist and activist, Maurice shares some of the strides he has made for minorities in the sport and helping young people be able to chase their dreams

Girls Gone Veg is a limited eight part series releasing a new episode every Friday at Noon eastern on the I Am Athlete Channel.