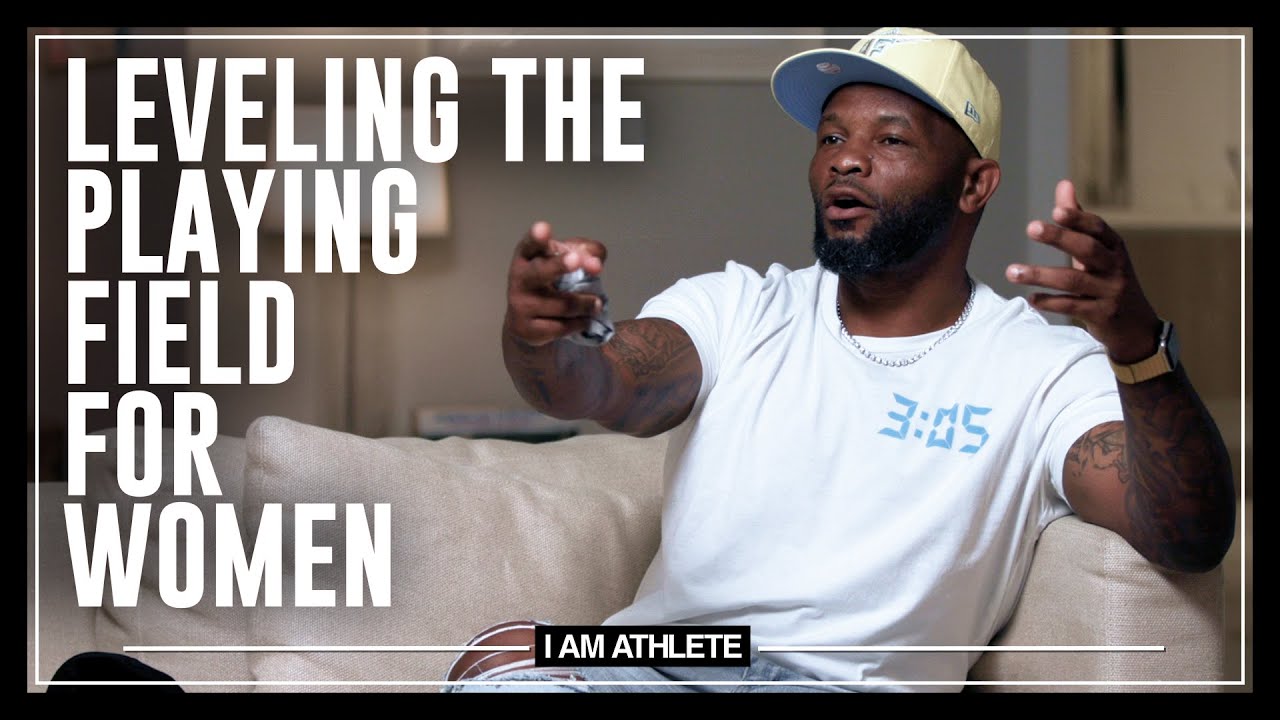 Women’s soccer stars Toni Pressley and Ali Riley join the I Am Athlete conversation to discuss what it’s like being a female professional athlete and the opportunities they receive vs their male counterparts- a topic Channing has openly expressed his thoughts on, despite his opinion being against the trending equality movement in all sports. Believing in the ‘Eat What You Kill” philosophy, Channing talks about how compensation is a direct result of broadcast deals and fan engagement. If a sport or event is bringing in high dollars then that’s what gets paid out, if it isn’t, where else would the money come from to close the monetary gap?

Being an avid soccer fan and player, Chad disagrees and believes the ladies’ sport is highly competitive and entertaining to watch and wants to know what it will take to level the playing field between women and men’s soccer. Leaving Brandon, Fred and Channing stunned, Toni and Ali disclose that most women playing in the league make below minimum wage with salaries of $22,000 for 25 games including the offseason. Blown away by that number and listening to the ladies speak from the heart about small changes going a long way, the guys want to know how they can help be a part of the solution.

As girl dads, Channing asks Toni and Ali what’s the motivation to pour resources into his daughter playing sports and give her the best odds to make it knowing that even at the highest level of success, it doesn’t reflect monetary success or accolades. The ladies respond that it has to be about the passion and happiness of the game in hopes that their current generation is paving the way for today’s youth to have better circumstances in the future.

Michi Marshall stops by the set to explain the importance of May being national Mental Health Awareness month and ways to get involved and support those who may be struggling with mental illness. Brandon expands on the topic leading a conversation about millions of people suffering in silence everyday and offers strands of hope to getting help for individuals as well as families.

Chad, coming off his big announcement that he will be fighting on the undercard of the Floyd Mayweather vs Logan Paul bout on June 6th, continues to be questioned about his decision to enter the ring and what he will do to physically prepare for this challenge. Both Ali and Toni like Chad’s confidence and believe he will be victorious June 6th while Fred and Channing don’t think it’s a smart idea. As a breast cancer survivor, Toni opens up about her health journey and the life choices that led her to create a vegan lifestyle which she attributes to overall better performance, on and off the field. Chef Nancie serves an all vegan meal, even to Chad, showing how slight changes in certain meals can be healthy while still preserving a similar taste. Chad sticks to his Ocho philosophy but gives the food a try, discovering it’s not for him but he understands why people choose to eat that way.

Teaming up with the I Am Athlete platform, Toni and Ali are set to launch their own initiative with a digital series called Girls Gone Veg which premieres Friday May 7th. Combining their love for cooking and conversation, the ladies share their passion for Vegan foods while hosting various guests to talk about important life topics and experiences.