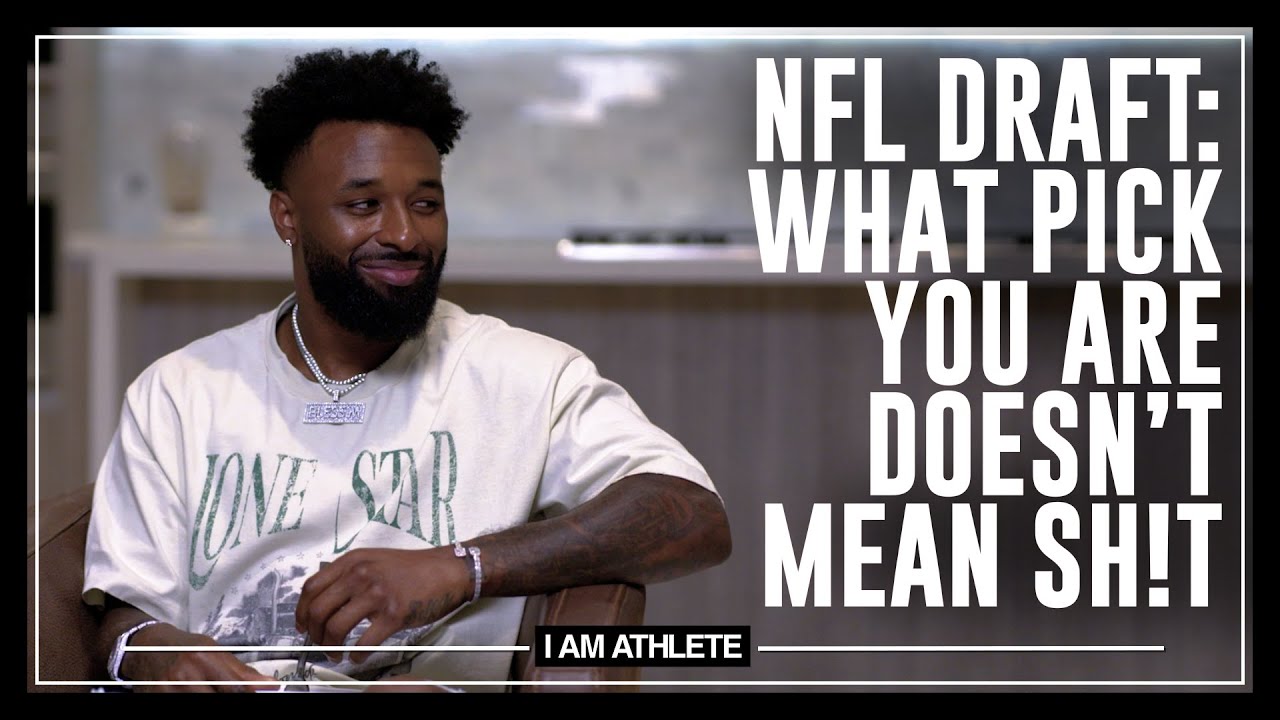 It’s NFL draft week and we have wide receiver standouts Jarvis Landry
and Stefon Diggs joining the show to talk everything from growing up
as the men of the household to personal draft day experiences to being
in the league now.

Fred starts the conversation off by asking the guys to share advice
to the young guys going through the draft process this week. Diggs is
quick to answer sayings it’s nice to be a first round pick but when
the smoke clears, it doesn’t really matter when your name is called,
it matters what you do when you are in the league.

Both star wide receivers share their draft experiences which aren’t as
joyous as most people think they would be. Diggs recounts how many
teams passed him up which gave him a chip on his shoulder that since
has motivated him everyday. Similarly, Landry felt a little slighted
too but more embarrassed that he was ready to hear his name called on
the first day and felt he did everything right to have that happen.
Fred and Brandon run off a list of guys drafted before Jarvis and
Diggs many of the names who aren’t even in the league anymore, which
further proves the point, it doesn’t matter how you get there, it
matters how you stay there.

Going back to earlier years, Diggs opens up and shares the emotional
and powerful journey of losing his father at a young age and how he
stepped into that father role for his younger siblings. Reading a
letter he penned on draft night to his young brother brings the guys
to tears and the raw emotion is quickly masked by laughter as Brandon
makes the joke how they all like to cry on this show from time to time
but Diggs laughs his tears away as he says he can’t let people see him
like that.

Jarvis paints a picture of what it was like growing up in a small town
without a dad and how much his mother sacrificed to make a life for
him and his family. Having first generation wealth is not something
either one takes lightly and have tried to pave a similar path for
their siblings. Jarvis sheds light on starting a family business and
keeping everything within the walls of the people he trusts.

Chef Nancie comments on how hard she always sees Jarvis and Diggs
working out and respects the commitment to their craft and Brandon
gifts Chef with some presents from the guys in appreciation of always
taking care of them.

Ragging on Channing’s fashion sense, Diggs and Brandon have a fun
moment of mocking his mulberry colored pants while Fred asks Jarvis
how he was feeling when he found out Odell Beckham was joining his
team, and the behind the scenes conversations of that transaction.
Ending the show on importance of Testicular Cancer Awareness month,
Channing catches the two receivers off-guard asking if they Manscape
which spirals into a funny moment between the guys on set.

I Am Athlete is filmed at Botaniko Weston. For I Am Athlete
merchandise and apparel, visit www.HouseOfAthlete.com and for Chef
Nancie’s collection, visit www.ChefNancie.com.