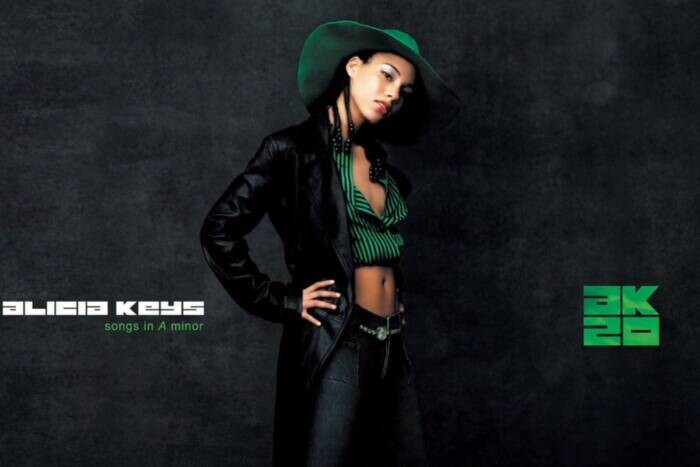 It was in 2001 that Alicia Keys released her debut album Songs In A Minor, an album that has since become an icon of both R&B and music history in general. Song In A Minor included 16 tracks with an assist from Jimmy Cozier as well as production assistance from the Kerry “Krucial” Brothers, Jermaine Dupri, Kandi Burruss, and hip hop violinist Miri Ben-Ari. In addition to topping charts around the world, Songs In A Minor earned Keys several Gold and Platinum certifications — including seven Platinum awards in the United States alone.

A special edition of Songs In A Minor is being released for the 20th anniversary of the album. Now, Songs In A Minor (20th Anniversary Edition) will include 20 songs altogether, with two unreleased tracks — “Crazy (Mi Corazon)” and “Foolish Heart,” with the latter being first ever recording of Keys. The Ali soundtrack version of “Fallin,” and “I Won’t (Crazy World)” was a part of the tenth anniversary edition of the album.

Alicia Keys now has seven critically acclaimed albums in her discography, including Songs In A Minor. In September, she released her last album, Alicia, which featured Diamond Platnumz, Sampha, Tierra Whack, Miguel, Khalid, and Snoh AaleGra. The album includes additional collaborations with Kaash Paige, SiR, and Brandi Carlile, as well as digital bonuses. In more recent years, Keys has been heard on tracks such as “Hold Me Down” from rapper DMX’s posthumous Exodus album.