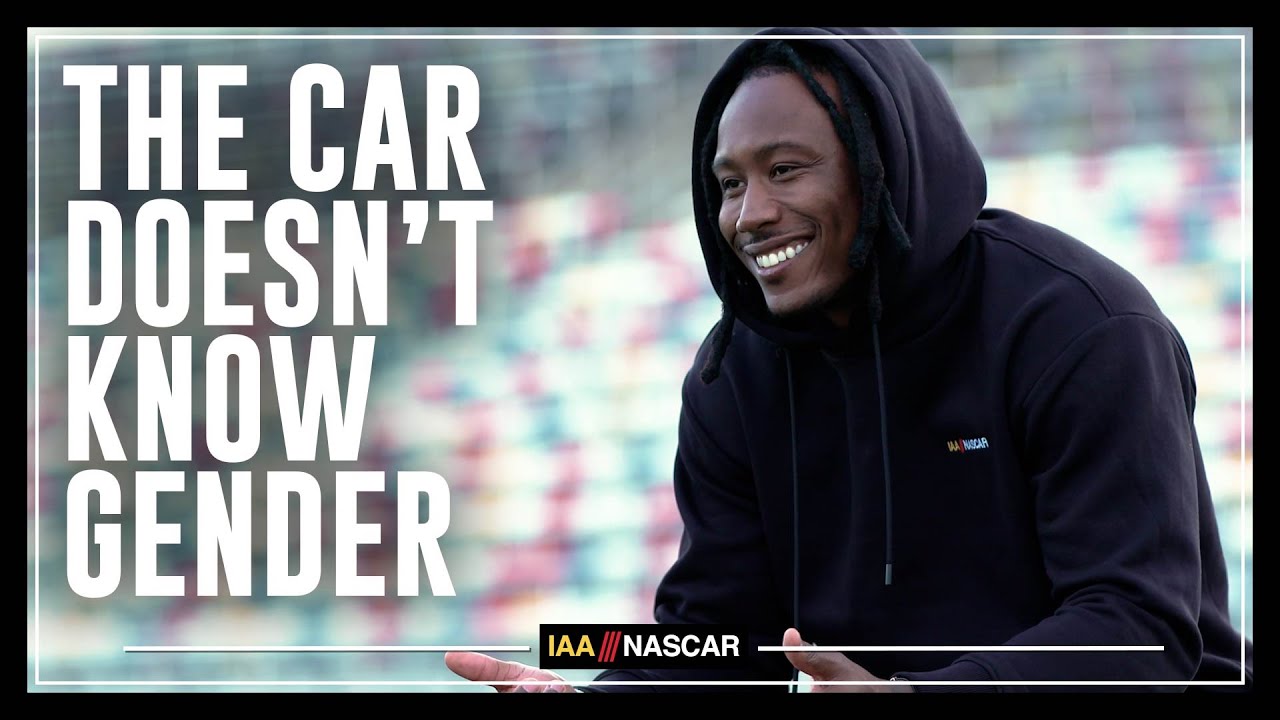 As our I Am NASCAR series continues, we sit down with rising star Toni Breidinger who explains why she feels like she is just like any of the male drivers once the helmet is on and behind the wheel.

Chad is immediately impressed with her confidence and having that “It” factor that translates to success on the track. The 21 year old Female is breaking barriers being NASCAR’s first Arabic driver and one of the few females competing every week.

Acknowledging how intimidating it was when the guys did their test run with Dale Jr a couple weeks ago, Fred asks if she gets worried or fearful going 180+mph inches from 25 other cars? She laughs off their fear and says once in the zone it’s about control and confidence.

Brandon talks about instilling a championship routine from the start and what Toni does everyday leads to accountability and success. Of course, Channing doesn’t hesitate asking about the attention generated from the sport and how Toni deals with groupies and maintaining relationships with guys who may be intimidated by her! The generation gap between the guys and Toni shows itself when Channing asks about going to Mall and hanging at the food court to her response of not being able to relate to those activities!

Spearheading NASCAR’s diversity said inclusion program, Brandon Thompson joins the conversation to speak about important strides the sport is making and how they are evolving as the world evolves.

A non-football expert, Toni gets dragged into the infamous Ocho vs Brandon debate of who’s the X, as the guys search for a unbiased opinion.

I AM NASCAR is a limited series and special edition of the I Am Athlete podcast with episodes slated to air every Monday in May and monthly throughout the race season. Special thanks to NASCAR and Charlotte Motor speedway for hosting our crew. May is Mental Health Awareness month and we are joining the efforts to donate a portion of apparel proceeds to help further resources for this important cause. Visit www.houseofAthlete.com to view the Mental Health Capsule Collection.