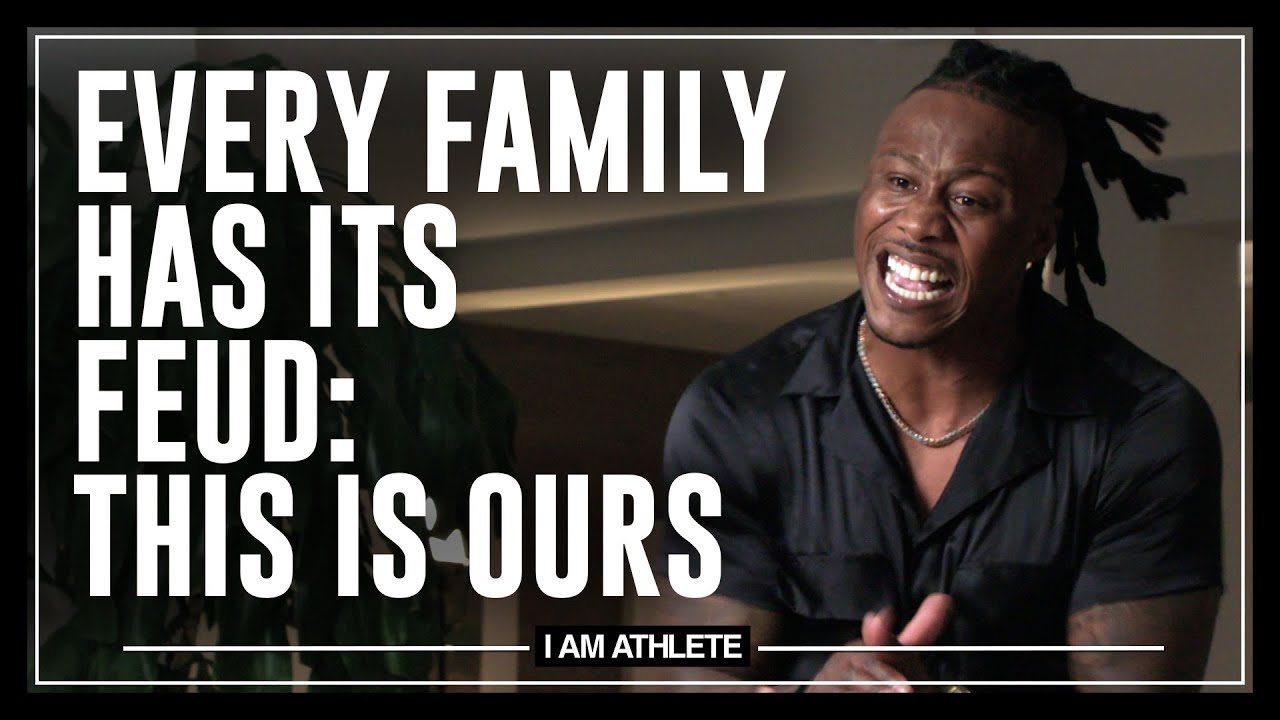 Every Family Has Its Feud: This Is Ours | I AM ATHLETE w/ Brandon Marshall, Chad Johnson & More

Every family has its feuds and in this episode, we have ours…The discussion heats up as Brandon, Chad, Channing and Fred discuss contracts and the differences between NBA and NFL. Chad and Channing say it’s easier for the NBA players to run the league because they have guaranteed contracts where in the NFL, the players are at the mercy of the owners unless they are franchised. Brandon disagrees and says not all NBA players have guaranteed money and that the NFL is institutionalized.

Former NFL Wide Receiver and Houston great, Andre Johnson, joined the guys to talk about the Houston Texans organization and the future of Deshaun Watson. The normally reserved veteran, voiced his opinion in early 2021 about how players, specifically Watson, were being treated by the organization and that a change needs to be made. Generating buzz about his public stance, the guys leaned into Johnson’s leadership role and how much he is respected to speak to the current state of the NFL and the Houston Texans.

Johnson was pulled into the heated debate but sat observing the back and forth as Brandon offered a quick apology beforehand sensing the conversation was about to take a left turn. Becoming extremely agitated with the difference of opinions, Brandon loses his cool with Chad and Channing which leads to a very intense moment between the guys. After minutes of arguing, Fred interjects to bring the guys back down and simmer the conversation.

Chef joins the show during the heated debate and is an icebreaker in the tension as she serves the guys lamb chops to Chad who has never had them before! And ofcourse no episode is complete without Chad and Brandon asking who is the X and who is the Y, which spurs another round of excitement before the show closes!

I Am Athlete is filmed at Botaniko Weston. For I Am Athlete merchandise and apparel, visit www.HouseOfAthlete.com and for Chef Nancie’s collection, visit www.ChefNancie.com.

Additional Note:
Andre Johnson was asked to be a guest on this week’s episode of I Am Athlete to talk about football and inner workings of the NFL.
The episode was filmed prior to many of the off field allegations against Deshaun Watson becoming public. We understand the severity of the claims and take them seriously and will allow the legal system to play out.
The tweet referred to on the show was written and posted by Johnson on January 12, 2021 expressing his stance from a football perspective about Watson, not on a personal level.