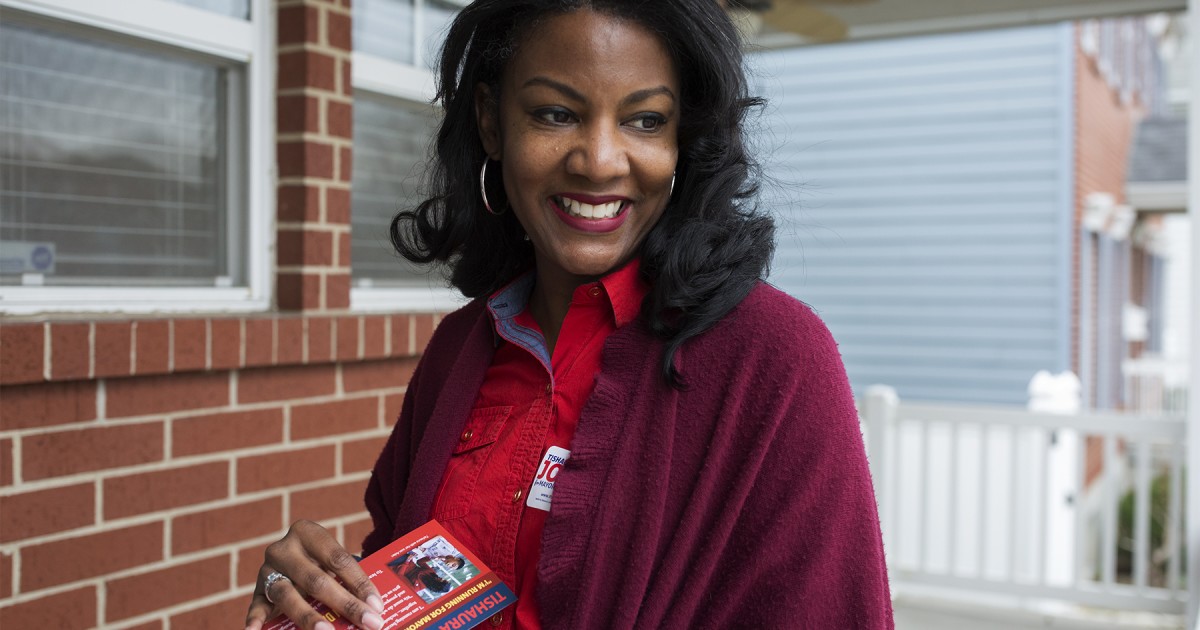 Jones remembered her historic victory during her victory speech on Tuesday (April 6).

“With this campaign, we can unequivocally claim that we’ve started breaking down the historical racial barriers and racial divisions that exist and have existed for generations in our city,” she said before going on to explain her vision for the city to residents.

Jones said in her victory speech, “St. Louis: This is an opportunity for us to rise.

“I told you when I was running that we aren’t done avoiding tough conversations. We are done ignoring the racism that has held our city and our region back.”

Jones began her public service career in 2002 when she was elected as the Democratic committeewoman for the Eighth Ward of St. Louis.

She then went on to serve in the Missouri House of Representatives for five years, becoming the first Black woman to hold the rank of assistant minority floor leader.

She ran for mayor during her tenure but lost in the Democratic primary to St. Louis Mayor Lyda Krewson, whom she will now succeed.

She pledged to promote the elimination of cash bail in an attempt to minimize incarceration rates, as well as to invest in drug abuse and mental health care.

Her approach to city policing also includes the diversion of some 911 calls to social workers and other licensed professionals.

Jones stated that she is working for equality and that she would use her voice to speak out against racism, homophobia, transphobia, and other types of inequality.