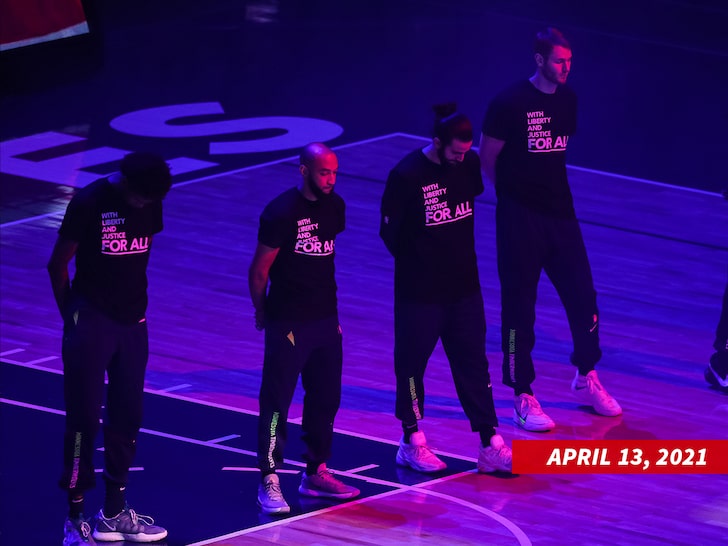 A number of NBA and WNBA players will donate their shirts for the Daunte Wright Memorial Fund as an auction.

In a report published by Bleacher Report, players from the Minnesota Timberwolves, Minnesota Lynx, Brooklyn Nets, Milwaukee Bucks, and Miami Heat will sell their “WITH LIBERTY AND JUSTICE FOR ALL” shirts in the auction. And the benefit will go to the family of 20-year-old Wright, who was murdered in Brooklyn Center, Minnesota, by a police officer during a traffic stop on April 11. Timberwolves players wore their shirts earlier in the game against Bucks, Nets, and Heat last week.

Due to their season, players of the Lynx team don’t get a chance to wear their shirts until May. However, the Coaches and the 15 players have signed their shirts for the auction.

There were a total of 64 shirts up for grabs in the auction. Every shirt had a base price of $200 as a starting offer. On April 19, all the shirts sold out, but Kevin Durant’s sweatshirt led the charge with $1,400, and the Timberwolves Anthony Edwards’ signed shirt sold for $1,100.

A black man Wright was brutally shot by a cop Kim Potter during the traffic stop. She said that she tried to use her teaser instead of her gun during the detention. The officer got arrested for a charge with second-degree murder for Wright’s death but released on bail.