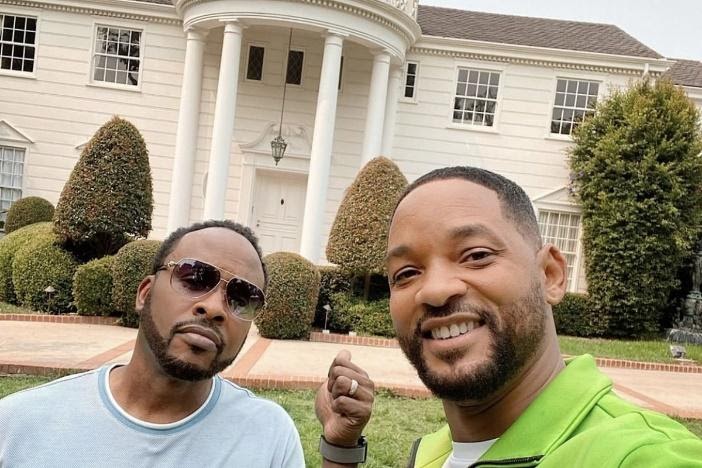 Fans of “Fresh Prince of Bel-Air” are excited as Will Smith and DJ Jazzy Jeff are going to give fans an exclusive look into the popular mansion from the show.

Starting September 29, the mansion was listed for rent on Airbnb and fans can pay just $30 to enjoy a night there. The mansion is equipped with the show’s memorabilia. “I know it’s supposed to be for other people, but I need this for myself,” Smith said upon entering.

Both Smith and Jeff entered a bedroom of the mansion, from where renters will be able to buy clothing from the Bel-Air line. A graffiti painted wall is also present in the room with a wall of different Bel-Air Jordan sneakers.

During the tour, the rest of the cast of the show — Alfonso Ribeiro, Tatyana Ali, Joseph Marcell, Karyn Parsons and Daphne Maxwell Reid — also came by to check out the mansion.

“This image represents all that the Banks family represented. It’s like all of the hopes and all of the dreams and all of the possibilities… being able to grow and excel in the world, being able to have family and love, make mistakes and not get punished for it,” the Bad Boys actor said. “Get caught by somebody who cares about you. Building and elevating in the world — that image represents an oasis and a ladder to become whatever the greatest version of yourself is.”

Earlier this month, Smith revealed the partnership with Airbnb on Instagram to commemorate the show’s 30th anniversary. “It’s just as fly as it was when I first rolled up the driveway,” Smith wrote. “And this time, I’m handing you the keys so you’ll have my wing of the mansion all to yourself – but my sneaker collection is off limits, aight?”

“Some may say I’ve done it all, but I’ve never opened the doors to a wing of the iconic mansion that helped launch my career,” he continued. “It holds a lot of special memories for me and my friends, and I hope you’ll leave with memories (and a dope handshake) to last you well beyond your stay.”

The mansion can only be rented by residents of the Los Angeles County area. In order to mitigate the spread of the virus, people interested in renting will be permitted to live only with those hailing from the same household.

Check out the virtual tour below.

I’d love to stay there.